British style, performance and luxury for less than the price of a basic hatchback. How can you go wrong?

Jaguar has been on a bit of a roll lately. The gorgeous F-Type has launched to a rapturous reception and the recently unveiled XE promises to appeal to a younger audience than the larger XF and XJ saloons currently do. With this in mind, I thought it was time to surf the classified ads and see which Jaguars could be had for less than £10,000 but still offer some of the cool attitude of these new cars.

I wasn’t expecting to find E-Types or any of the original XKs - except a few examples that are in more pieces than an Airfix kit! Even so, I’ve still found cars that offer a mix of classic appeal and/or serious performance for less than the price of a new Ford Fiesta.

As with our previous cool Mercedes list the cars are presented in chronological order of the model's age. 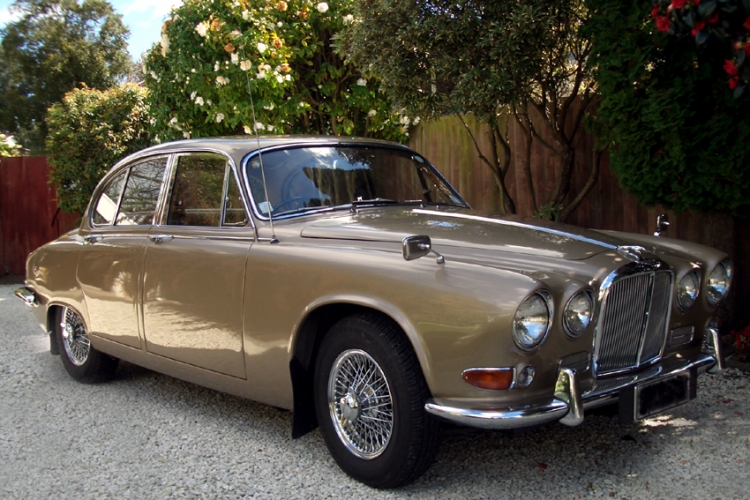 The Jaguar MKII is the quintessential British Sixties sports saloon, beloved by Inspector Morse and the getaway drivers his real-life colleagues sought to catch. The trouble is, you'll never find one in decent condition for under £10,000, and the same goes for the updated S-Type that partially replaced it. However, the lesser known 420 can be had within our budget. The 420 is based on the S-Type and shares its independent rear suspension. However, as the name implies the 420 features the larger 4.2 litre version of the XK straight six engine and revised front styling similar to the larger Jaguar MK X (which was confusingly renamed the 420G). While it may not be as pretty as the Mk II or S-Type, it offers much the same charm for a cheaper price. 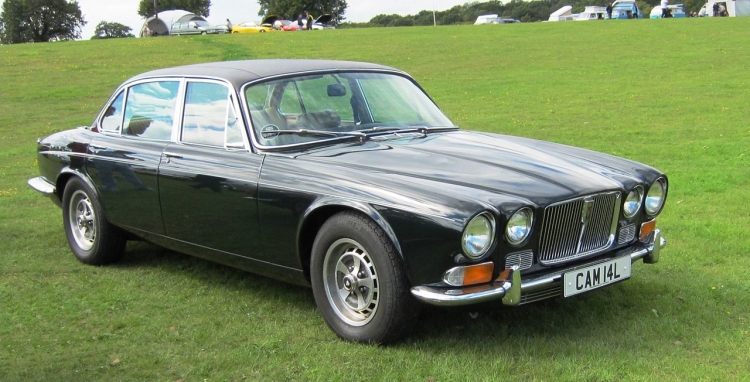 The 420 and all of Jaguar’s varied saloon range were replaced by the new XJ model in 1968. Most versions used the ubiquitous XK engine, but in 1972 a new flagship version called the XJ12 was launched, featuring Jaguar’s 5.3 litre V12. The XJ12 had a top speed of around 140mph and usurped the iconic Mercedes 300SEL 6.3 as the worlds fastest four door saloon at the time.

The V12 XJ12 was carried through all three series of the original XJ and examples of all three series can be found within the £10,000 budget. The Pininfarina-styled series 3 is the most plentiful in the classifieds, but the original series 1 versions are the best-looking of the four door cars. The series 2 also featured the rare XJ-C coupe version, but you'll be very lucky to find a decent one for under £10,000.

The XJ in general has become somewhat known as the vehicle of choice for British movie and television ‘hard’ men. In the new Avengers, John Steed drove a Broadspeed-modified XJC, while in the 80s Edward Woodward’s Robert McCall used his black series 3 to right wrongs in The Equalizer. More recently, Vinnie Jones’ Bullet Tooth drives a mustard-coloured series 3 in Guy Ritchie’s Snatch. If it’s a macho image you’re looking for, this might be the Jag for you.

Pro tip: if you fancy one of these, remember to select Daimler in the web searches as there was also the badge-engineered Daimler Double Six version. 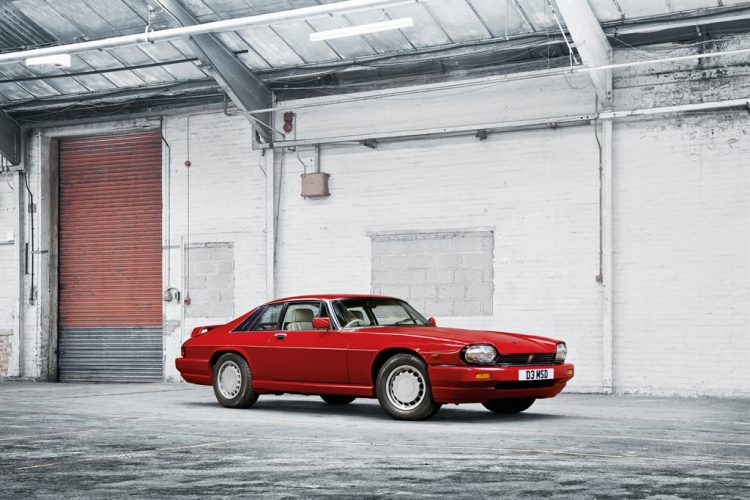 Jaguar’s XJ-S had a difficult birth, having to replace the iconic E-Type and being launched by the hapless British Leyland-controlled Jaguar. It somehow survived the Seventies and evolved into a great GT car that was frequently the pick of 80s group tests. It finally bowed out in 1996 to make way for the XK8.

The £10,000 budget should find a viable version of every XJ-S derivative with the possible exception of the rare early manual V12s. Allegedly these cars were only given manuals since Jaguar had surplus gearboxes from the E-Type programme...

As to which car to choose, those worried about fuel bills should go for one of the six cylinder versions, and the convertibles will always be inherently desirable. However, I reckon that most Drive Cult readers would prefer the most sporting of the factory XJ-S cars: the TWR-developed XJR-S 6.0.

Evolving from TWR’s touring car success (and subsequent Le Mans campaign), TWR and Jaguar created the joint venture Jaguarsport to build more sporting versions of the existing range. Initial XJR-S cars featured the standard 5.3 V12 engine and a neat body kit, but they were soon upgraded with a 6-litre version of the V12 that featured an engine management system by Zytec. This monster engine initially produced 314bhp, which was later increased to 329bhp when the facelifted XJS and XJRS (the hyphen was dropped in the restyle) were launched in 1991. A mere 1,130 examples of the XJR-S were built before the model was dropped in 1993, when the standard XJS was 'upgraded' to a less powerful 6.0 V12. 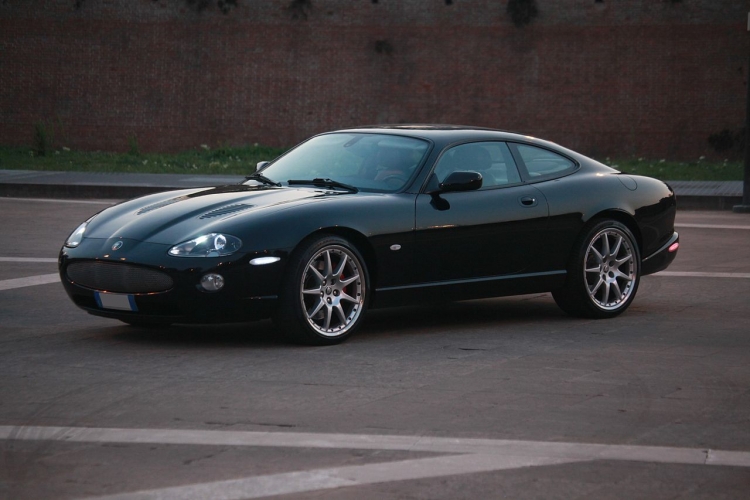 The XJS gave way to the stylish XK in 1996. Under the skin, the floorplan was carried over from the XJS but heavily revised. The thirsty V12 was replaced by a 4.0 litre V8, which was supercharged to produce 370bhp in the range-topping XKR.

The £10,000 budget will find both the coupé and convertible versions of the XKR, but expect them to have covered quite a few miles. If you’re lucky you might find one of the updated examples from 2003 when the engine was upped to 4.2 litres and 400bhp. The automatic gearbox was also upgraded from 5 to 6 speeds at the same time.

The early cars suffered from problems with the nikasil cylinder lining but any such engine issues should have been resolved under warranty. However, this is worth checking before taking the plunge. 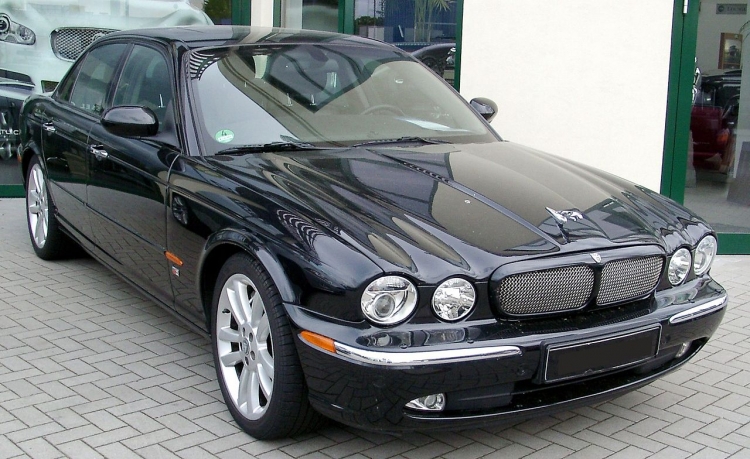 The X350 is something of an enigma. It was a replacement for the X300 version of the XJ, which was itself a heavily facelifted version of the XJ40 from the mid-Eighties. For the new car, Jaguar moved to a hi-tech aluminium body which was ultra-light, weighing the same as the bodyshell of the new Mini. This gave the car excellent handling and performance, especially in the range topping 4.2 litre supercharged XJR. All this was rather masked though, as Jaguar (then under Ford ownership) played it far too conservatively with styling, making it look liked a bloated version of the X300 it replaced.

This plays to the advantage of the secondhand buyer, since X350 XJRs can now be had for under £10,000 despite not being that old. Choose a black one and the styling can look rather good too.

Which would I have?

All of these cars have their appeal but the 420 isn’t for me. While they represent great value I like the styling of the early XJ more. I really fancy an XJ12 but the one I want is a Series 1 and I reckon it might be a struggle to currently find one of those in decent condition for under £10,000. The X100 is a lovely car but I much prefer the later X150, which is at the moment above the £10,000 budget so I would rather look elsewhere. The X350 would make an interesting everyday car and as the newest car is almost certainly the best car here from a technical point of view. However, for me I fancy an XJ-S, more specifically an XJR-S. In that form they're very rare and will probably become more collectable as time goes on. There is also the bonus of the most potent road version of Jaguar’s silky V12. Perhaps I might even look into one of the modern manual gearbox conversions and make a grand touring hot rod.

Photo credits all via Wikimedia Commons