Andreas Preuninger Discusses What Makes the New 911 GT3 So Great

The 991 GT3 a much less analogue car than we’re used to from Porsche’s GT division. Concerns over the new PDK gearbox with no option for a manual, rear wheel steering and an electo-hydraulic power steering pump were all prelaunch causes for concern. However, since reviews for the 991 GT3 started rolling in, car journalists have seen the light and have been looking to their thesauruses to find new ways to describe just how good a car can be, but who better to describe what makes this car so special than Andreas Preuninger?

Preuninger has been the team manager for every GT car that Porsche has built over the last few years and in this video he describes just what went in to making this car so special. It's all done over a soundtrack of that amazing 3.8 liter boxer six bouncing off the 9000 rpm rev limiter. 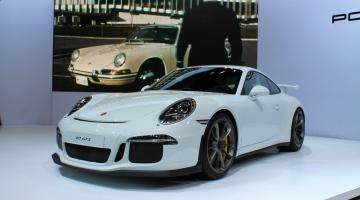 Forget the fact that it won't be available with a manual transmission. The new GT3 is a seriously desirable car. We got a closer look at this year's New York Auto Show.

Drive Cult contributor Jack Wood recently took part in the MSV track day at Bedford Autodrome in his gen 2 996 GT3. Here is some footage of him following friend of Drive Cult, Ben Bradley, in his Porsche 964 Carrera 2.

Normal service will be resumed at Drive Cult in a few weeks, but right now we are all still buzzing from our trip to the Nurburgring 24 hours.  You will recall that the SP10 class Porsche 911 GT3 of FIM Rennsport proudly carried the Drive Cult  logos during the race. Here we have some onboard footage of the car, showing the final lap of driver Alessandro Cremascoli's first stint in the car. The tyres are clearly a little past their best as there is a very lurid oversteer moment at the beginning of the video. Alessandro has also posted a video of his night stint here. Alessandro prefers the night time as he was 21 seconds faster than in the daytime lap.

Sadly as we have already reported the car did not finish the race following a collision with an Aston Martin during the night.

We would like to thank Alessandro and FIM motorsport for letting us sticker up their car and for these videos. 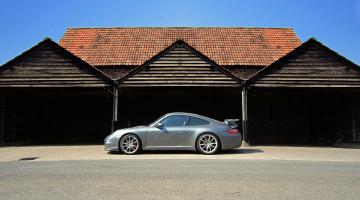 Jack Wood and Martin Spain were fortunate enough to sample a very special Porsche 911 recently. Here's what happened when Chris Harris let them loose in his pride and joy.