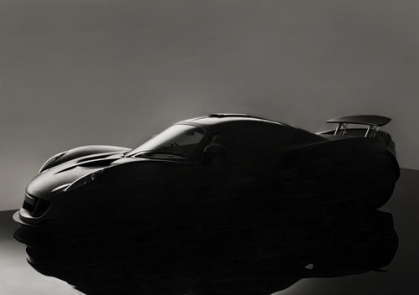 Alright so it's not REALLY a big Lotus Exige, but the Hennessey Venom GT clearly uses a good bit of the Exige's running gear. In fact it could almost pass for a mk2 version of the Elise GT1. Hennessey is perhaps best known as a tuner of insane Dodge Vipers, and now that the Viper is looking down the barrel of a gun, it's probably a good time to try something new.

One thing is certain. The Venom GT should be very very fast. It will be powered by forced induction V8 producing up to an epic 1200 hp. Early murmurs from Hennessey indicate the Venom could top 270 mph. The official unveiling will take place on March 30 at which point we should learn a lot more about this beast. Click through to watch the video.