Is the Ferrari 250GTO the most valuable car in the world?

A Ferrari 250GTO allegedly sold for $52M recently, but are there even more valuable cars out there?

Both the motoring and mainstream press have been running a story that a Ferrari 250GTO recently smashed the record for the highest price ever paid for a car. The GTO in question, chassis number 5111GT, is alleged to have changed hands for a whopping $52M. However, there has been no corroboration on the sale or the final price from either the vendor or the buyer, although enough sources have confirmed that the car has changed hands.

The last time a 250GTO sold for record money, in that instance chassis number 3505GT,  I discussed why GTOs are priced so highly. There’s no point in rehashing that article other than to say that with an overall win in the 1963 Tour de France Automobile and second place in the same event the following year, 5111GT does have a better period racing history than 3505GT, which may justify a higher selling price. However, most of the gain in the last twelve months is surely down to the ever-increasing prices of classic cars.

So, is this the limit, or could classic car prices go even higher than $52M? Put another way, which is the potentially the most valuable car in the world? GTOs have led the way over the past few years but with 36 made there are certainly rarer and potentially more desirable cars around.

Perhaps the true automotive Mona Lisa is the Mercedes 300SLR race number 722 (sister 300SLR shown below) that Stirling Moss and Denis Jenkinson drove to victory in the 1955 running of the Mille Miglia.  Any SLR would be the pinnacle of a private collection, but 722 stands above the others just as Moss’s drive stands as maybe the greatest drive in motorsport history. However, the trouble with estimating a value for 722 is that it is owned by Mercedes-Benz themselves and they are unlikely to ever offer the car for sale, so putting a value on it is nearly impossible. The same applies to the two 300SLR ‘Uhlenhaut’ coupes, which are also often talked about as the most valuable cars in the world. 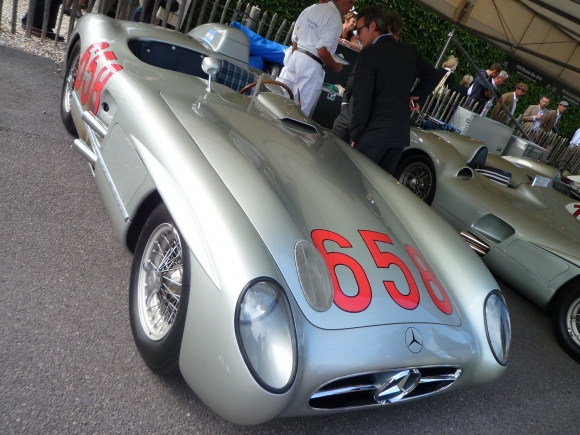 So if 722 is the Mona Lisa, what's the automotive equivalent of Van Gogh’s 'Sunflowers', the most valuable privately-owned car? There are rather more contenders here and certainly the 250GTOs are up there. If you look at the lists of most expensive cars ever sold, 50s and 60s Ferraris make up the majority. At that time, Ferrari was less precious about hanging onto its discarded race cars, meaning far more are in private hands.

After a significant amount of research, I've come to the conclusion that there is one particular car which stands out as probably the most valuable car of all. Rewind back to 1965, when Ferrari was in the midst of a titanic struggle with Ford for supremacy in sportscars. The previous year the Shelby Cobra Daytona coupes had vanquished the 250GTOs at Le Mans and Ferrari needed a new car to respond for the 1965 season. That car was a race version of the recently introduced 275GTB.

In fact, the race versions had very little in common with the road cars other than the basic silhouette. They were built with thinner chassis tubes and ultra-lightweight body panels.  The engines were from the mid-engined 250 (275) LM GT prototypes and developed as much as 330bhp, up around 70bhp from the road cars. Fitted with dry sump lubrication, the engines were mounted lower in the chassis for better weight distribution.

Three of these cars were built and were christened the 275 GTB Competizione ‘Speciale’. The first, chassis number 6701, was used mainly for testing and never saw race action. It had a body that looks very similar to the standard 275 save for a nose section that resembled a 250GTO. Chassis 7185 was more extensively modified with a wraparound rear screen that resembles that of an Iso Grifo. It too saw almost no race action. That leaves the second car built: chassis 6885. 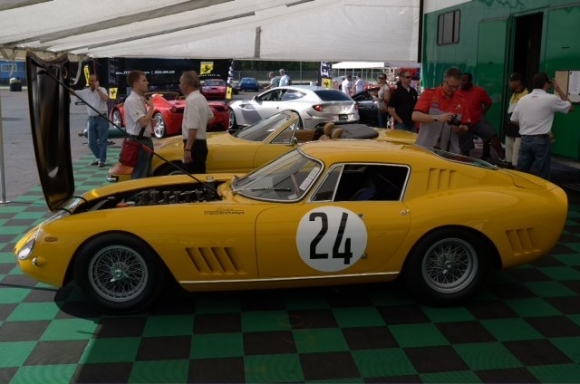 Compared to the standard 275 and chassis 6107, 6885 has a revised rear end with more pronounced rear wings and a lower roof line. Again, the nose resembled that of the GTO but without the three cooling vents above the grille. In fact, many commentators have dubbed the car the 65 GTO.

Ferrari’s plan’s for the car in GT racing initially foundered as the FIA refused to homologate the Speciales. They were considerably below the weight of the road car, leading to the car's first outings being in the prototype class. Run by the factory team, 6885 failed to finish the Targa Florio before taking a 13th overall in the Nurburgring 1000km.

After considerable negotiation, the FIA agreed to homologate the Speciale in the GT class just in time for Le Mans, possibly because the FIA wanted some competition for the otherwise dominant Shelby Daytonas. Ferrari handed the car over to its satellite team, Ecurie Francorchamps of Belgium, to run in the race.

The 1965 running of the 24 Hours of Le Mans was one of high attrition, and only 14 cars finished, with the factory Ferraris, Ford GT40s and Shelby Daytonas all amongst the casualties. The race was won by a N.A.R.T.-entered Ferrari 250LM with Ecurie Francorchamps' LM taking second place. A further two laps behind their prototype LM was 6885, driven by Willie Mairesse and Jean Blaton (Beurlys). It  took third place and won the GT class.  During the race the car encountered problems with overheating which led to the team rather crudely opening up the front of the car to get more air to the radiators. You can see this clearly in the video of the race below (car number 24).

Later in the year 6885 was transferred to N.A.R.T. and took an overall win in the Nassau TT and first in class in the Nassau Governor's Trophy.

That win marked the end of 6885’s race career, and since then it has led a fairly quiet life in the hands of two different owners with the most recent, American collector Preston Henn, acquiring the car in the mid 1980s.

With a class-winning Le Mans history and as arguably the ultimate evolution of the GTO line (if not in name), 6885 certainly stands out as a very valuable car. What lifts it above the other contenders to potentially the most valuable car is the highly original condition it is in. It's said that the welds can still be seen where the front of the car was repaired after the ad hoc modifications made during the 1965 Le Mans race by the Francorchamps mechanics.  Due to their very nature as racing cars, many other 60s Ferraris have been rebodied or restored and have lost a lot of the originality that 6885 retains.

So, the big question: what is 6885 worth? After the sale of 3505GT last year, commentators talked about 6885 being worth $75m. If it were to come on the market today, could this unique GT racing Ferrari could be the first car to break $100m? 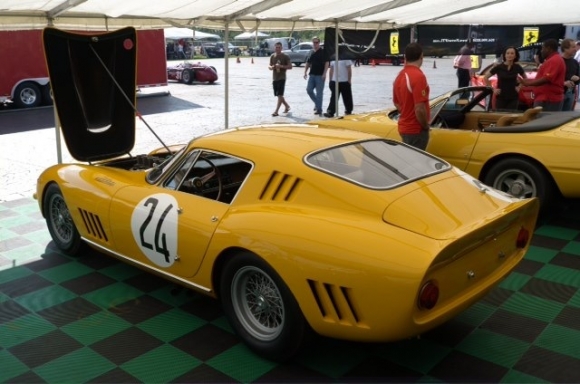 6885 photos by Kidston S.A. All other photos by the author.