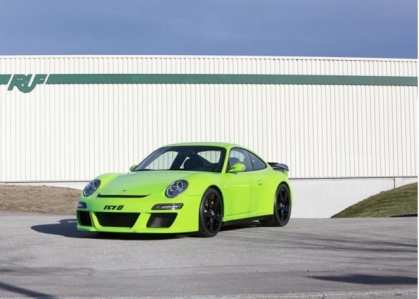 For decades now, Ruf has been widely considered to be the world's premiere tuner of Porsches. In fact, calling Ruf a tuner at all would be incorrect, as they are recognized by the German government as an independent manufacturer. Their latest creation is based on the 997 911 and it's a truly remarkable car.

The RGT-8 is powered by a 4.5 liter aluminum V8 that was designed in house by Ruf. It features a flat plane crankshaft and produces 550 hp at a revy 8500 rpm and 500 Nm of torque at 5400. The engine also has four valves per cylinder, hemispherical combustion chambers and dry sump lubrication.

Traditional logic would dictate that replacing the 911′s 3.8 liter flat six with a larger V8 would be ill advised, but perhaps the RGT-8′s greatest party trick is that the 4.5 liter V8 is actually 80 lbs. lighter than the 3.8 liter flat six in replaces. Crucially this greatly reduces weight aft of the rear axle. Porsche purists might cry foul, but what's not to like? 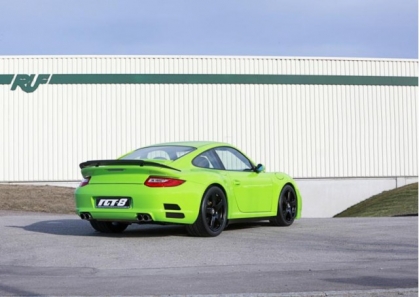 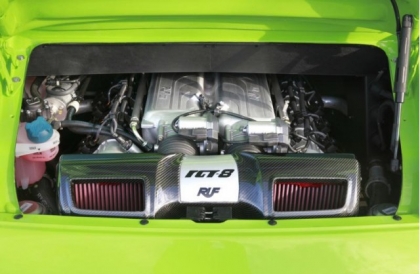 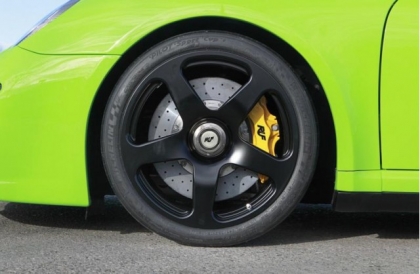 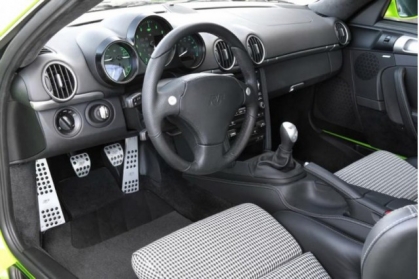 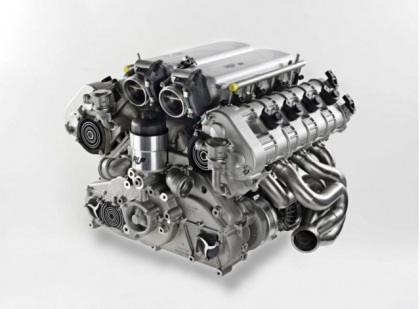 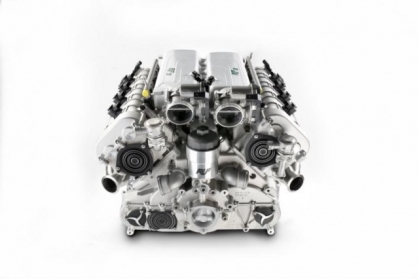 Almost 10 years ago to the day, RUF began to fill niches in the market with the, at that time new, water-cooled Porsche models. The first RUF RGT was based on the Porsche 996. It used the 3.6 litre engine from the GT3 as the base with the crankcase from the air-cooled 3.6 litre engines. The engine delivered 283kW (385bhp). The car itself ran on 18 inch RUF alloy wheels and the narrow body was optimised aerodynamically. The vehicle was fitted with a discrete but functional integrated roll cage.

In 2004 the story continued, this time based on the Porsche 997. Immediately recognisable by the screwed-on carbon composite fender extensions both front and rear. The power plant was a naturally aspirated 3.8 litre unit delivering 327kW (445bhp). A dry-sump oil system ensured sufficient lubrication even under tough racing conditions.

A roll-cage was fitted as standard ensuring a high level of passive safety. The RGT was supplied with a chassis optimised for the race track and ran on 19 inch alloy wheels.

March 2010 and the time is right for RUF to announce the next generation of RGT, the RGT-8. This spectacular prototype vehicle is powered by a completely new RUF designed V8 engine with a 180° crankshaft "Flatcrank". Four valves arranged spherically together with multipoint fuel injection ensure optimal mixture conditions while the dry-sump system supplies the necessary lubrication. The lightweight engine has a very compact design, has a capacity of 4.5 litres arranged as a V8 and delivers 404kW (550bhp) @ 8500rpm and complements with a maximum torque of 500Nm @ 5400rpm. At all stages of the design process, compactness and weight saving were of priority, the result of which is a total engine weight of less than 200kg. A 6 speed gearbox with shortened gear shift movement transfers the power to the rear axle. To ensure the best adhesion characteristics, the RGT-8 is supplied with Michelin Pilot Sport Cup tires running on 19 inch RUF forged alloy wheels utilising a single central retaining nut. The powertrain is rounded off with sturdy ceramic brakes as standard for optimal braking.

The current Porsche 911 forms the basis for the RGT-8 chassis which is then further optimised with bodywork components from RUF. As always, an integrated roll-cage is supplied delivering increased chassis stability and passive safety. In addition, we are pleased to offer a Frère package which enhances the standard vehicle with special front fenders, nose and dashboard components. The styling was inspired by the 550 Coupé with which Paul Frère, the Belgian race driver, won the best of class at the 24 Hours of Le Mans in 1953.

The RUF RGT-8 production start is planned for 2011.