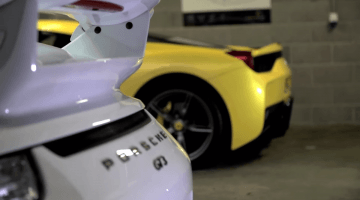 After a brief period behind Drive's paywall Chris Harris is back with his own free to air videos, on his own channel imaginatively named Chris Harris on Cars. 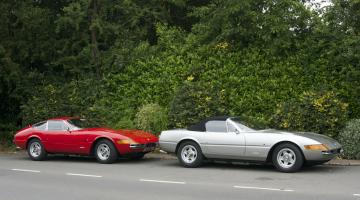 A round-up of what the Daytona has been up to over the summer. 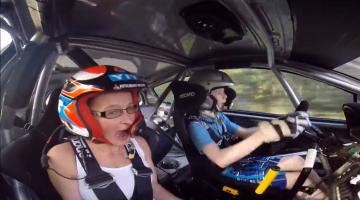 Kalle Rovanperä isn’t old enough to drive on public roads, but already has his sights set on a career in the WRC. What were you doing when you were 13?

Every Formula 1 race this season has been an absolute bore compared to this. The weekend’s most exciting racing can now found in the 750 Motor Club Stock Hatch Championship. This is without a doubt one of the craziest racing videos I’ve come across.

These guys are constantly on the verge of disaster in some way or another. Four-wheel drifts, smashed windows, two-wheeled saves, glove boxes that won’t stay shut; this video has it all. The footage was taken at round three at Snetterton, and was all shot during the first lap! We’re guessing things calmed down after that, but going by the carnage depicted in the video, it’s amazing any of these guys were able to complete lap two. 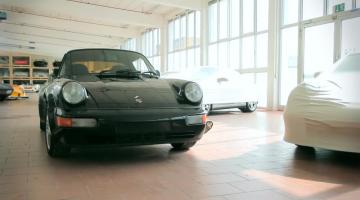 The Mecedes Benz W113 celebrates it's fiftieth anniversay this year. While its predecessor the 300SL is the most iconic of the SL lineage it is the W113 that defined the format for the SL that is largely the same today. These sturdy convertibles were never the last word in sporty driving but are always the perfect open top cruiser. It is a testament to the cars robustness that they are still often seen cruising the streets of the posher parts of London.

This video from Mercedes Benz TV describes the processes they go to to maintain these vehicles and gets an owners view of what it is like to drive one a W113 today.

It's pretty hard to imagine Audi entering a modified version of its R18 LMP cars in the GTE category in the world endurance championship? In 1964 that is what Ferrari attempted to do when they added a roof to their Le Mans winning Ferrari 250P and created the 250LM. Not surprisingly the authorities took a dim view of trying to say that a thoroughbred mid-engined race car was a GT suitable for competing with Jaguar E Types and the Cobras, and refused to homogate it.

Perhaps that should have been the end of it but instead Ferrari offered the 250LM to privateer teams in the prototype classes and the car went on to have a long career through the sixties with the highlight being an outright win at the 1965 24 hours of Le Mans in the hands of the N.A.R.T. team. With this year being the 50th anniversary of the 250LM's launch there will be lot of coverage of the 250LM especially as it has been recently announced that the LM's will be competing in this years Goodwood Revival TT against the E Types and Cobras that it was not allowed to directly race against in period.

In this video from Kidston.com a 250LM,  originally run by the Swiss Scuderia Filipinetti team, that has recently been restored by Ferrari's classiche programme is tested on Italian roads. The 3.3 liter V12 (most LM's were fitted with a the larger unit and the car should technically be called a 275LM) sounds magnificent.

French racing driver Jean Guichet is best known for winning the 1964 24 hours of Le Mans in a Ferrari. He was a regular racer in Ferrari sports cars in that period and that included competing in the 1964 Targa Florio in Series 2 Ferrari 250 GTO chassis 4675. In this video he is reunited with the car and talks about his experience with Simon Kidston of Kidston SA. Video by Bianchi|Piras for Kidston S.A.

Drive Cult has posted a few of Chris Harris' Drive channel videos this year. Why? Well, because Chris is a top bloke but also because they are amongst the very best car videos on the internet. Most of them concentrate on new car launches but as with this latest video, Chris also gets to try some motoring legends and cars don't come much more legendary the the 1987 Le Mans-winning Porsche 962c. Normally found in the Porsche Museum in Stuttgart, Chris gets to drive the car at Porsche's Weissach test track and interviews its designer Norbert Singer.

I suspect Chris' video featuring Toyota's new GT86 will ultimately get more hits but for me this is my favourite of his Drive videos so far.