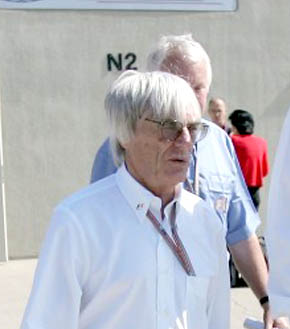 Bernie Ecclestone has never made a secret of his desires for a Formula 1 race in New York, but don't expect to see the likes of Alonso, Schumacher and Hamilton screaming down Broadway. In Bahrain he told Gazzetta dello Sport, "I'm trying for 2012, opposite Manhattan in New Jersey with skyscrapers in the background. Fifteen minutes from the centre of New York to the circuit. [It would be] a wonder."

Really? New Jersey? I won't complain though. At this point, I would be okay with an F1 race in Gary, Indiana. A street race does seem to make the most sense at this point for a Grand Prix in the US. Formula 1 simply doesn't have a high enough profile here to justify to investors the huge amounts of money required to build new a track or bring existing tracks up to snuff. Therefore a street race, similar to Singapore, that would require much cheaper, less permanent facilities makes sense.